A First Look at Legendary Armor

The raids team is charged with bringing you the ultimate in challenging content. The challenge is epic, so we wanted the reward to be equally epic.

Of course, we wanted to give legendary armor a distinct silhouette—something that’d turn heads around the markets of Lion’s Arch. But that wasn’t enough…

How could we make it the most spectacular armor in the game? We toyed with a lot of different ideas, different textures, different effects, and different skins, but deep down I think we always knew what we really wanted to do. We wanted an armor that would alter its appearance when you entered combat—animated armor!

That’s right! Not only does legendary armor look great when idle, but on entering combat it’ll transform you into an avatar of death and destruction—and you’ll look cool doing it. When you’re done decimating your enemies, it gracefully returns you to your calm, collected, mild-mannered persona. 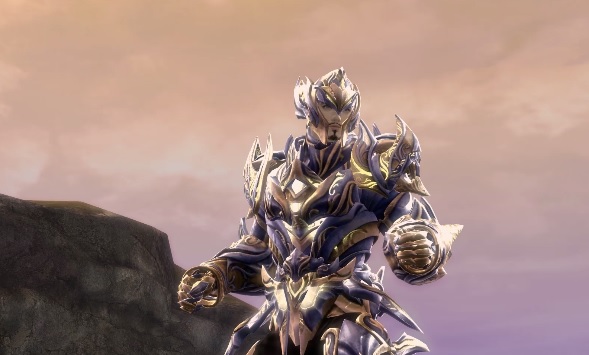 So now that you’ve had your first look at legendary armor, the big question I’m sure you’re all asking is, “When can I get it?”

Let’s be clear: what we’re previewing today is just the heavy armor. This has gone through many iterations and redesigns to get to a place where we think it’s ready to share with you. At the moment, the light and medium armor sets are not at that level. We remain hard at work, and release is still some months off.

We know you’ll have a lot more questions about legendary armor, but we’ll save those for closer to launch. For now, enjoy this sneak peek, and we’ll keep you updated as work progresses on the other sets.

Thanks, and see you in the game.