Queen Jennah’s jubilee celebration continues in Divinity’s Reach. The Queen is preparing to address her subjects and the dignitaries from other cities – but someone else has plans for the Queen’s speech! 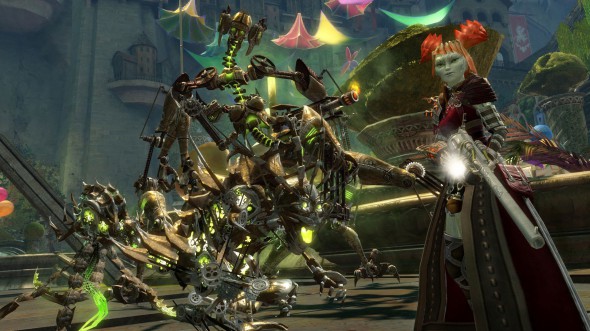 The nefarious villain, Scarlet Briar, has made herself known to Tyria! Chaos ensues as she unleashes her clockwork minions across the world!