Join the Masters of the Arena Tournament 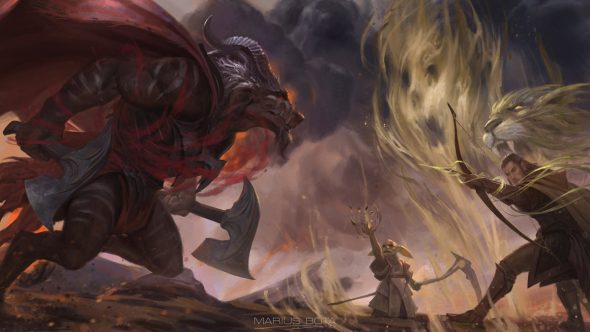 ArenaNet partner MightyTeapot is calling North American and European players alike to participate in the Masters of the Arena PvP tournament! Qualify to join the fight and win incredible prizes.

Teams qualify by playing in the monthly Guild Wars 2 automated tournament. The top six teams from each region will qualify to play in the regional finals, and the top two regional teams will progress to the global finals.

Qualification begins on March 28 and ends on May 30. Read the rules for more details and keep an eye on the list of qualifiers here.

All qualifiers will receive gold, and the top teams have a chance to win cash prizes, gold, gems, and more!

Watch the final tournament and all qualifiers at twitch.tv/mightyteapot.