One of the balance changes coming in the April 2014 Feature Pack is the introduction of ferocity, a brand new stat that will affect your critical damage. Ferocity is being introduced to make bonus critical damage easier to understand, more easily scaled across the whole game, and to help foster a healthy balance environment that encourages players to experiment with their builds. 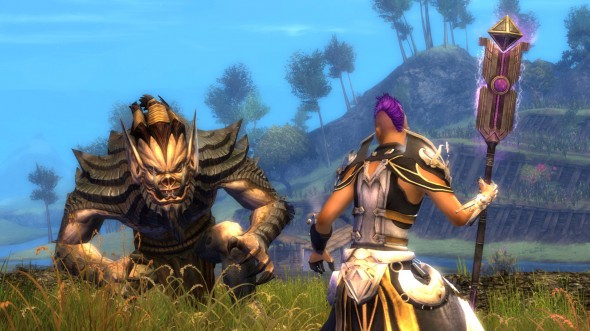 Ferocity will work the way a normal stat such as vitality or toughness works. It starts at a base of 0 points and can be increased with gear, traits, or buffs that add to your total ferocity value.

Ferocity will function very similarly to precision; both influence another stat. Just like your critical hit chance will go up as your precision increases, your bonus critical damage go up as you put more points into ferocity. As a result, critical damage will be displayed in manner that is consistent with the main stats on gear and skills, rather than just as a flat percentage. 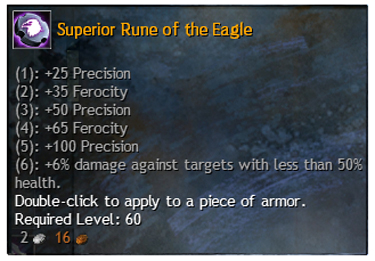 One of the main goals for balance in Guild Wars 2 is to support a wide variety of builds that cater to different play styles. The current implementation of critical damage works against this. Put simply, if critical damage-stacked builds are more effective than other approaches, the build diversity decreases. As we work to increase support and teamwork between players throughout the game, we examined how we could change critical damage to retain it as a fun and viable approach to build-making while also allowing other builds to shine.

The formula we’re using to convert ferocity into critical damage will reduce the current maximum obtainable values. At level 80, it will take 15 points of ferocity to gain 1% bonus critical damage, which means that there will about a 10% decrease in overall damage for a full “berserker” build.

This stat will still be incredibly valuable to a player looking to increase their damage output, but it will be more in line with other stats. Attainable critical damage currently in PvP will remain relatively untouched, as we feel that it is currently in a good place. 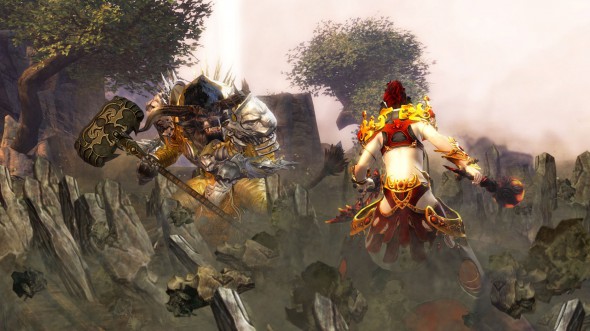 We’ll change the critical damage shown on the attributes panel to reflect the base as well as the bonus provided from ferocity, so that it will be easier to understand what’s happening when you land a critical hit on some poor foe. 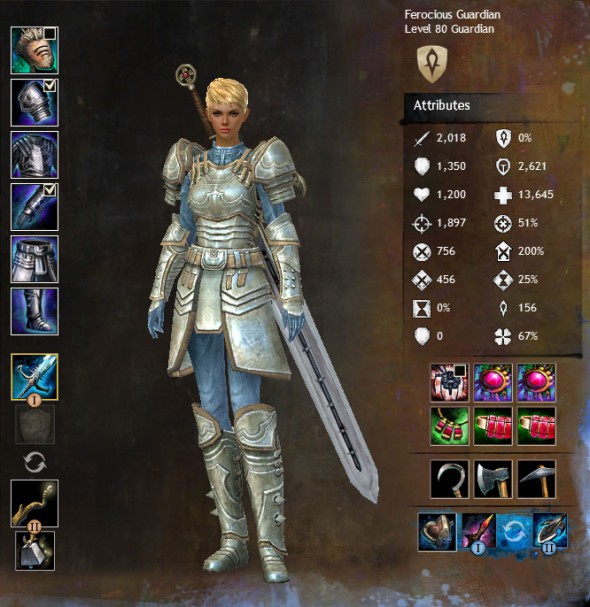 Celestial gear, which provides a moderate boost to all stats rather than a significant bonus to a few stats, will be hit harder by these changes compared to other gear, since it provided relatively high critical damage values compared to other stats given out. To compensate, we’re increasing the overall effectiveness of Celestial gear by improving all stats by 6% of their current values.

Celestial gear in PvP had incorrect stat distribution so we’re increasing its effectiveness to be proportional to the new PvE values. This should open up more build diversity and allow you to bring your builds from other areas in the game into PvP. 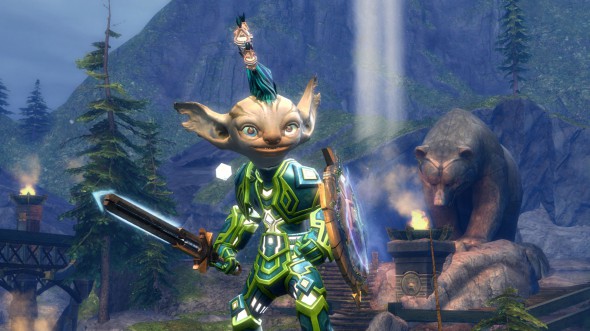 These updates will help make other builds more viable, increase the clarity of the attributes panel, and fix core issues with critical damage.

See you all on the battlefield!- Roy Cronacher