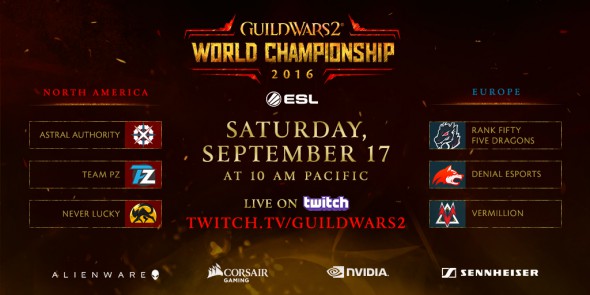 The top six PvP teams are ready to battle it out for $200,000 USD and a World Championship title. Let’s dive in and take a look at what each team will bring to the table in the largest tournament in Guild Wars® franchise history. Tweet with the #GW2WC hashtag, and let us know who you’re rallying behind! 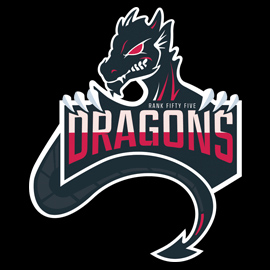 Rank Fifty Five Dragons lost to Denial eSports in the Pro League Season 2 Finals and are now out for blood. Although they claimed a 2–1 series during the World Championship Qualifier in early August, they still need to prove they can take them on if matched up against each other in the semifinal. Rank Fifty Five Dragons will have breathing room with their first-place seed from the qualifier, which allows them to safely grab a bye and move into the semifinal with at least a guaranteed 3rd or 4th place. 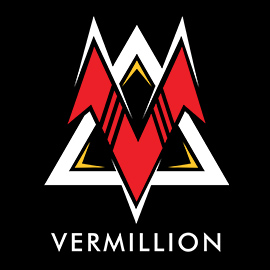 Vermillion made their reappearance with a second-place finish during the European World Championship Qualifier, falling short against Rank Fifty Five Dragons. Although they were unsuccessful during the second season of the Pro League, we saw how collected they can be in the spotlight when they fought for a championship win back during Pro League Season 1. Their matchup with Team PZ will be a tough one. We’ve yet to see PZ and Vermillion clash since they didn’t match up with one another at the Season 1 finals. 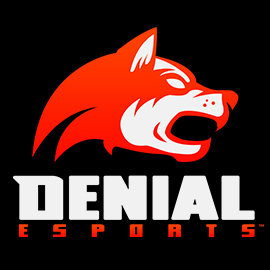 Denial eSports—formally the Civilized Gentlemen—are currently the top team in the world after their dominating performance at the Pro League Season 2 Finals this past June. The team was picked up by prominent eSports organization Denial shortly after the Season 2 finals and are hoping to get another big win under their new banner. 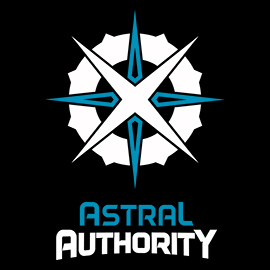 Feeling much better about their performance during the qualifier, Astral Authority locked down the number one seed for their region. Like Rank Fifty Five Dragons, this will give them a first-round bye and guarantee at least a 3rd or 4th place finish. The once unstoppable powerhouse of the Guild Wars 2 world has slowly been slipping, but with their recent dominance in the qualifier, they’ll come to the World Championship with something to prove. 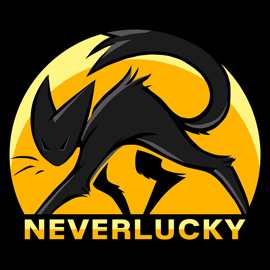 Never Lucky is the only team making their first appearance at a live event with all five players new to the spotlight. Grabbing a second seed for North America was a bit of a shocker, but they’ll find themselves up against the reigning World Champions, Denial eSports. This will be a tough matchup, but from what we’ve seen, Never Lucky is capable of just about anything in terms of surprises. I wouldn’t put it past Olrun to make sure his team has a few tricks up their sleeves, as they know they’ll need to hit the ground running against Denial. 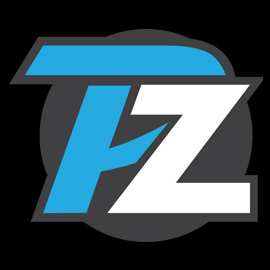 Team PZ’s fall to Never Lucky was unexpected, but it may have worked in their favor, as they have a considerably closer matchup with Vermillion in the first round. Team PZ had much more dominance in the scene throughout Season 2 than they did during the qualifier, which may be a worrying trend. However, we’ve heard from Zoose before that Java is a player who goes above and beyond when it comes to team preparation and ensuring they’re doing everything they can to succeed.

Don’t miss the World Championship on September 17! You can find all the information about the event here.