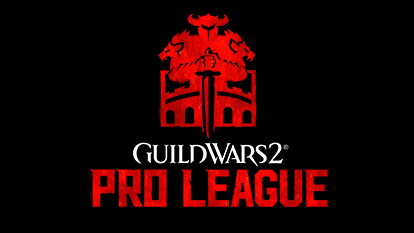 Orange Logo grabbed their second victory of the season 500–343 over Purple Noise in Temple of the Silent Storm. They continued to surge forward on the Forest of Niflhel map, where they won game two with a 490–263 score.

Orange Logo will face off against Super Smash next week and are looking to move on up in the final standings. Purple Noise will be given the default 2–0 victory over Car Crashed, concluding their season two play.

Rank Fifty Five Dragons will face off against Vermillion in week seven, where they will need to seize victory to solidify their finals appearance and the number one seed for Europe. More Guns Than Roses hopes to take down The Civilized Gentlemen, but will need to make some changes to defeat one of the top European teams.

The Civilized Gentlemen vs. Super Smash

The Civilized Gentlemen showed why they’re not to be messed with, leaving Super Smash nearly empty-handed all series long. TCG claimed a 501–42 victory in the first match, and cruised past the competition to win 500–34 in Forest of Niflhel.

A week seven match with More Guns Than Roses is all that stands in the way of TCG’s return to the season finals. Super Smash seeks their second victory this season by facing off against Orange Logo.

This week was Team PZ’s time to shine and guarantee a finals appearance, while Never Lucky had one last chance to grab theirs. Team PZ maintained control throughout most of a back-and-forth battle in game one, and pulled through with a 500–366 victory over Never Lucky. Never Lucky is more familiar with the Forest of Niflhel map and managed to grab a lead halfway through the second game, but Team PZ powered through and showed their consistency with a 500–381 win, claiming a spot in the season two finals.

Team PZ’s match with Astral Authority next week will determine the seeding for North America at the finals. This will be their second consecutive LAN appearance. Never Lucky will attempt to steal Ez Pz Lemon Squeezy’s third-place spot.

Gems N Tonic were no match for the might of Astral Authority this week. Astral’s Chaith moved over to revenant to show us a deadly composition, with Toker still on thief. The opener in game two was a thriller; Gems N Tonic grabbed the lead in the opening minutes. This false hope for the underdog turned around swiftly when Astral’s experience helped them come out with a 500–251 win.

Astral will face off against their rival Team PZ next week, and they plan to reclaim their number one spot for North America. Gems N Tonic will seek their second victory of the season when they go up against eDream.

Unfortunately, eDream were unable to field a full roster, giving a 2–0 victory to Spoookie by default. eDream’s week seven match with Gems N Tonic will finalize the bottom half of the standings, and Spoookie will battle Final Form.

Final Form and Ez Pz Lemon Squeezy brought us a thrilling three-game series in the final match of week six. Game one was down to the wire, but Final Form held on until time expired and won 460–410 in Temple of the Silent Storm. Ez Pz was out on top early in Forest of Niflhel until Final Form clawed back in with a Svanir kill and 30 seconds left on the clock. They seemed to have secured the win, but Ez Pz killed Chieftain Utahein with 10 seconds left and tied up the series with a 464–453 victory.

The final match was a tight one, as the Legacy of the Foefire graveyard node wasn’t captured until nearly fourteen minutes into the game. Final Form’s last-minute attempt at a lord kill fell short, and Ez Pz secured the third place spot in the standings with a 407–251 win in game three. They’ll need to claim victory over Never Lucky next week to hold onto third place. Final Form may find their hands full with an improving Gems N Tonic roster.

Tune in to the action on the official Guild Wars 2 Twitch channel!