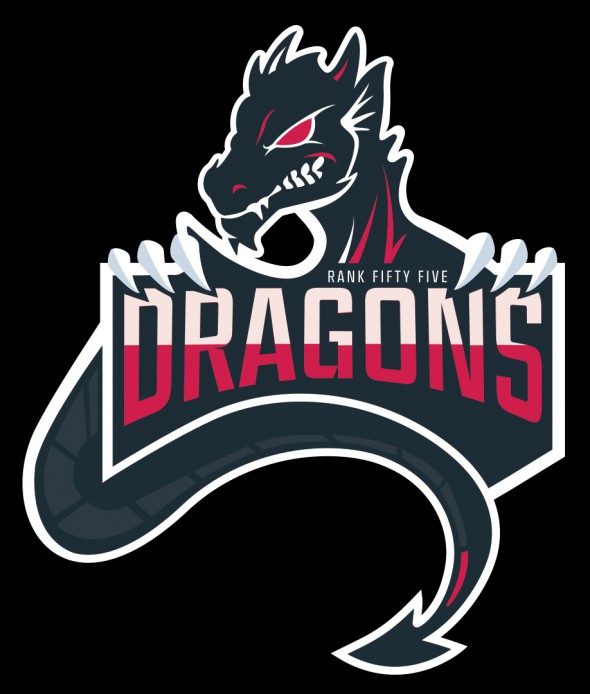 Your current reigning world champions are back at it again, qualifying with the number one seed for Europe in the Season 2 finals of the ESL Guild Wars 2 Pro League. This group has not dropped a single game throughout the entire season. While this is a feat unlike any other, they still have work to do as they face off against Astral Authority in their semifinal matchup on June 25.

Rank Fifty Five Dragons is a name that has been around for quite some time. Once called “55 HP Monks,” Zan and Oracle have stuck with this team since the beginning, building their legacy around it. They managed to snag some of the best players in their region and rebranded to the name we know them by today. With the acquisition of Texbi after the World Tournament Series in Cologne, they rounded out their roster at the start of the first Pro League season.

With seemingly no mishaps at all throughout their entire Pro League careers, Rank Fifty Five Dragons has yet to taste defeat in a series. They were tested when they faced Astral Authority in the Season 1 finals, but they came up big in their final three games. Now they find themselves in a rematch in the semifinals, where Astral will be bringing everything they can to avenge their loss only a few short months ago.

I had a moment to speak with the members of Rank Fifty Five Dragons to see how they’re feeling about the upcoming event.

Storm: What have you been doing to prepare for your matches?

Zan: We are scrimming everyday. Just talking about rotations and stuff after and before scrims. Practicing against different compositions and builds. Trying to find the best composition that will work at a LAN.

Storm: Will you have a few tricks up your sleeve if things go south?

Texbi: Yeah, I guess we do. If it goes south—I doubt it will, but if it does—we always have a backup plan. Swapping our composition and builds around. Bringing the unexpected comps and builds, if we have to.

Storm: Do you have any strategy in terms of map selection going into the semifinals, facing off against Astral?

Levin: We have preferences but there’s nothing really big going into it. I like Temple of the Silent Storm, but my team hates it.

Storm: Toker is one of the biggest threats from Astral, how are you planning on handling him?

Texbi: Toker, yeah. He goes full “HAM”. We have something…we’re ready for him. We’ll punish, for sure. I think personally he has to adjust his playstyle if he wants to beat us. He always goes super aggressive, because we punish really hard and kite very well.

Storm: Team PZ took down Astral in week seven, and there are definitely things to learn from that series to help your team find success. What have you taken from that and put into your own preparation?

Texbi: Paul was AFK the whole game. Toker didn’t take advantage of it. European teams were considering playing thief because North American teams don’t know how to play against it.

Storm: Levin, can we expect to see your thief go up against Toker’s thief?

Levin: No. Because Magic Toker got MVP, and I’m scared. Nah…we tested it, and we don’t think thief is viable right now. It’s not really bad, but it’s not optimal.

Storm: Zan, you go to face off against Chaith at the Season 1 finals. Lots of fans will be looking for that matchup again. How have you been preparing for this and what are your expectations when going up against him?

Zan: He just picks a build and plays it similar against every comp. I like to adjust against comps and swap runes and traits to see what is most optimal against that comp. That is the difference between us.

Storm: Oracle, memser took a bit of a hit but still seems like it’s a strong choice. How have you been forced to adapt since the latest patch and how have you prepared for Astral with that in mind?

Oracle: When a player is godlike, he doesn’t need to adapt.

Storm: Mancow, Wakkey has established himself as the best elementalist in North America. What do you think it will take from you to prove you’re the better of the two and help your team seal the victory in this best of five series?

Mancow: I take better matchups. I hold my matchups better. I know what fights to win when I’m in there.

Storm: Texbi, what’s it like seeing a former teammate [Helseth] on the other side of the bracket, and how do you think they will fair against Team PZ?

Texbi: I’m happy for him. That he finally made it to the “big-boy tournament.” I think if they play like they’re playing right now, they won’t win. But I think they’re way better than Team PZ, playerwise. They got a lot worse without Lord Asura, but they have time to get back. If they don’t, they’ll lose.

Storm: Would you rather have been matched up with Team PZ in the semifinal or are you excited to get to play against Astral in the first round?

Levin: Doesn’t matter who we face at all. Probably Team PZ because they have less LAN experience.

Texbi: I’d rather face Team PZ. They don’t have practice against any other comps. Only necromancer comps with Nos.