The ArenaNet Streaming Schedule for the Week of January 16

We’ve partnered up with some our fans to showcase their creative and exciting Guild Wars 2-inspired content on the official Guild Wars 2 Twitch channel. Check out next week’s schedule below!

Streams for the Week of January 16

GuildNews Podcast (by Sputti) (German)
10:00 AM Pacific Time (UTC-8)
The week in review with the GuildNews crew. 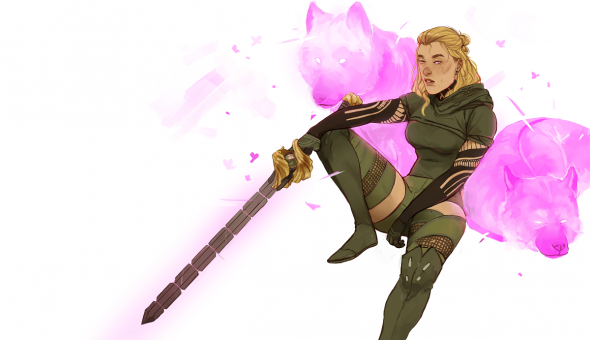 The Guild Wars 2 Art Show (by Lydiaalin)(English)
Noon Pacific Time (UTC-8)
Lydiaalin will dive into the spirit and mystique of the norn as she applies the finishing touches to the above artwork.

Chestrun in the Silver Wastes (by RonClaude)(German)
6:00 AM Pacific Time (UTC-8)
RonClaude is organizing a Lost Bandit Chest run, so get those Bandit Skeleton Keys ready and join him for awesome loot!

Faniel & Co. on Expedition Throughout Tyria! (by GW2Community.de)(German)
9:00 AM Pacific Time (UTC-8)
Faniel & Co. from gw2community.de will explore the third path of the Ruined City of Arah with you. Join them on Twitch or in-game.

If you need help converting times into your own time zone, you can use this tool.
Thank you for watching!