The ESL Guild Wars 2 Pro League Returns on May 9 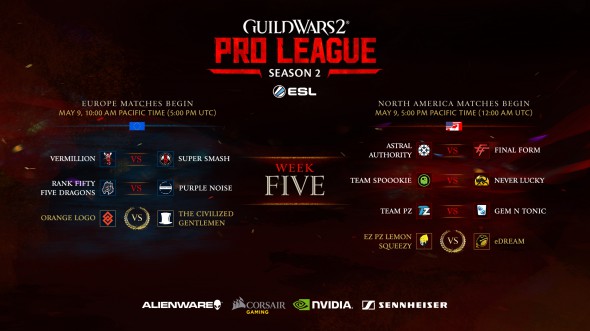 Teams in both North America and Europe are in close competition for top placement in Season 2 of the ESL Guild Wars 2 Pro League. With only three weeks left in the season, the stakes are higher than ever. The teams that prove themselves worthy and secure first or second place in their region will earn themselves a spot at the Season 2 Finals in Burbank, California on June 25, where they’ll play for the $100,000 tournament prize pool.

The second half of Season 2 brings a level of uncertainty regarding the performance of the Pro League teams. The April 19 Spring Quarterly Update has prompted a slight meta shift, forcing teams to scramble to identify the new apex compositions.

In Case You Missed It

Team Car Crashed has been removed from the ESL Guild Wars 2 Pro League. Head over to competitive.guildwars2.com for more information.