Watch the Trailer for “A Star to Guide Us”

The next episode of Living World arrives on September 18. Watch the trailer below, and read on for more information on what you’ll find in next week’s release! 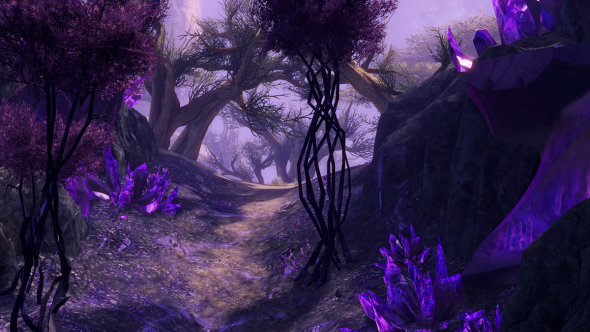 Nestled between Vabbi and Kourna, the Jahai Bluffs have witnessed crucial turning points in Elonian history. Now Kralkatorrik’s vicious storms and Branded army sweep across the land, covering it in crystalline scars. 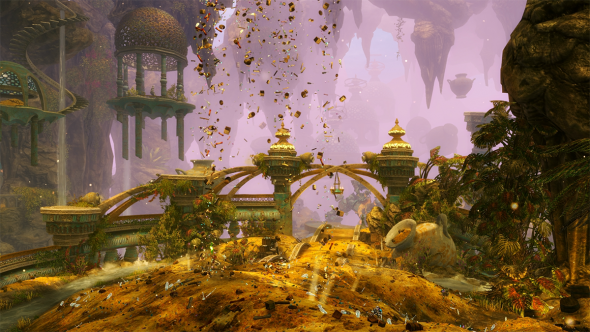 Zommoros has extended an unusually gracious invitation to visit the Mystic Forge. Touring an eccentric djinn’s vast treasure houses can’t be that risky, but you should probably repair your gear just in case.

Complete the “A Star to Guide Us” story to begin collecting and upgrading the new Elegy set, and make compassion your armor. 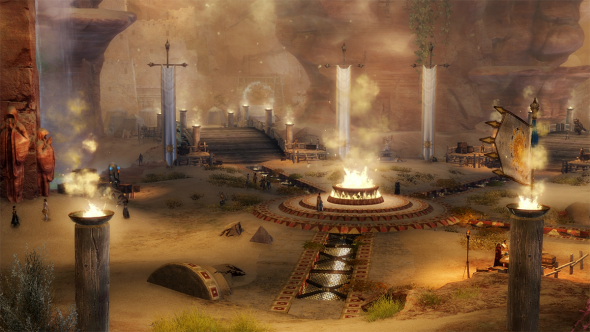 Upgrade this ancient cavern into a perfect shelter for your allies. Catch up with them, and they may have information that will lead you to new content and rewards. 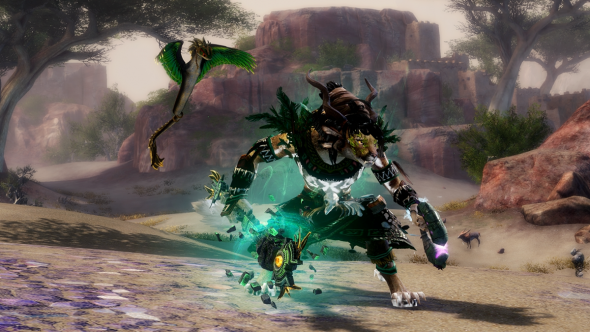 This mysterious obelisk houses a winged serpent familiar who will faithfully accompany you in battle.

Unlock the ability to temporarily increase your mount’s endurance regeneration.