Beginning with the matchup that started on December 6, the range of worlds yours can be matched up against has been greatly reduced. There will be fewer matches where one or two worlds are potentially steamrolled, though it comes at the cost of seeing more of the same worlds.

When WvW first began, matches were determined by sorting all worlds in order of their Glicko rating, then counting off sets of three. Matches eventually settled into nearly always being the same from week-to-week. In answer to this, matchup variance was introduced (see Jordan Massey’s blog post). This variance works by getting an adjusted version of each world’s rating, then sorting and counting off triplets. 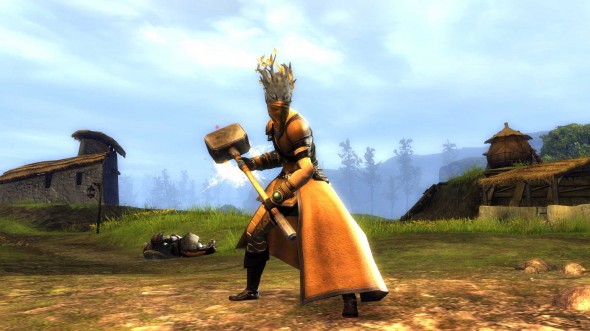 The first values for this allowed your world’s matchup rating to be adjusted by as much as (deviation + 40), capped at 200. This fixed the staleness, and introduced a great deal more movement between ranks. We even saw some lower-rated worlds jump up the ranks now that they weren’t tied into the same matches week after week. For a good look at the history of world ranks, see Millenium’s charts for NA or EU (variance first began on June 7, or Week 23).

Below, you’ll find four images showing estimated chances of each world facing the others under both the old and new values. Chances were calculated by matching up the various worlds 10,000 times, using current Glicko ratings. Chances were rounded and those under 1% omitted for readability.