On October 18, 2013, we began the inaugural season of World vs. World. Over the seven weeks of the season, some of the fiercest battles WvW has ever seen erupted across the Mists, and victors were crowned in glory. In the months since, we have seen the introduction of a brand-new, permanently accessible field of battle, the Edge of the Mists, and with it the improvement of the queue. As part of the continuing effort to provide exciting rewards and combat to WvW, we are happy to announce the WvW Spring 2014 Tournament, which starts on March 28 and runs through May 16.

What Happened to Seasons?

One of the major changes we’ve made to the format of the WvW tournament was to move it from a concept similar to a sporting league to one more like a tournament. We are introducing a new, Swiss-style system of matching up the worlds within a league. This means that over the course of seven weeks, the matchups will be much more competitive as the winners fight each other for first place while other worlds with similar records battle it out. As such, we’ve decided to go with a new name for the contest, one that better reflects the nature of the event. 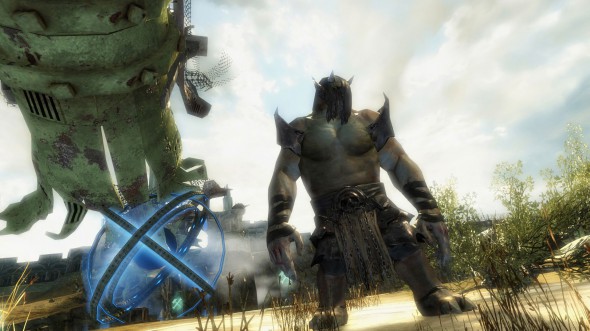 What Makes This Tournament Different?

In addition to the new matchup structure, there are some other significant changes to the tournament from Season 1.

To begin with, we are introducing a completely new type of reward for participation in the tournament. All players who complete the meta achievement will receive a set number of tournament tickets based on world placement which can be exchanged at a vendor once the tournament has completed for a variety of items. These include two brand-new sets of weapon skins that can’t be found anywhere else in the game, obsidian shards, dragonite ore, ascended accessories, and more. We felt that the rewards from Season 1 just didn’t match players’ expectations for a variety of reasons, and we wanted to remedy that in as many ways as possible. We’ll have more specific information in the future about the rewards, including the costs of the items and the number of tickets each world will receive.

The achievements for the tournament have been toned down to be more achievable for more players. The values are more in line with what we expect most players to be able to accomplish over the course of the seven-week tournament. They have also been designed with the expectation that a player who spends the whole tournament in the Edge of the Mists can achieve the meta. Every single achievement has an associated item reward as well as achievement points. 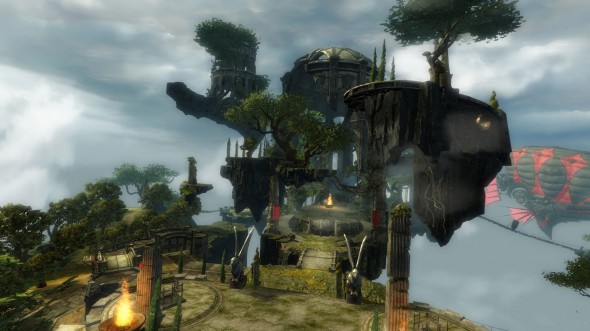 We’ll See You in the Mists!

With a more competitive Swiss-style tournament structure, more attainable goals, better rewards, queue improvements, and the option to fight in the Edge of the Mists even when other maps are full, the Spring 2014 Tournament is the next step in the evolution of WvW! There are going to be epic battles across the Mists and the ultimate victors won’t be decided until the very end. There are going to be new rewards to fight for, new achievements to achieve, and never-ending battles in the Mists. Onward to victory!